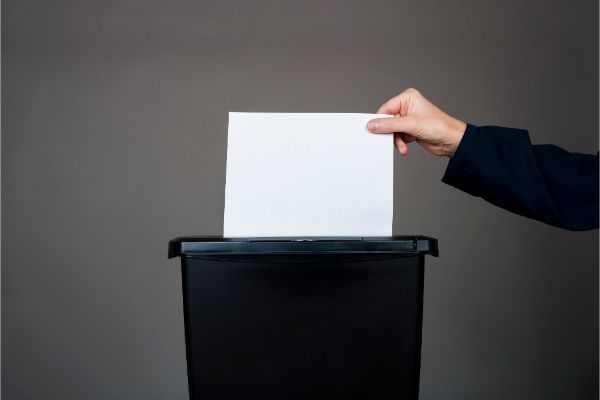 When you decide to destroy your will, you might wonder if this act has the effect of legally revoking the document. But if you have multiple copies of the will, how would others learn that you decided to revoke it? This question raises some important issues about making copies and then destroying a will.

People who decide that they no longer want their wills to have legal effect often choose to destroy the unwanted wills. They may plan to make a new will or simply let the laws of intestate succession take effect.

There are several ways to destroy a will: burning it, tearing it up, or shredding it, for example. Doing any of these things has the legal effect of revoking your will – meaning a court should not rely on it for directions on distributing your estate. You also could revoke a will by stating in your new will that the old one is invalid, by writing “I revoke this will” on the document and sign it, or by signing and having witnessed a new document stating that your old will is revoked.

What If There Are Multiple Copies of Your Will?

If there are multiple copies of your will, you should attempt to destroy all of them to effectively revoke the will. Otherwise, someone may take a copy of the old will to the probate court later on. Courts sometimes accept copies of wills when the original is not available. If no one knows that you intended to revoke your will by destroying the original, your true wishes may not get carried out. The court may distribute the estate according to the old will.

Because of the potential problems with revoking multiple copies of a will, it is a good idea not to share copies of your will. Anyone who receives a copy could make multiple copies without your knowledge. If you do give out copies, make sure you keep track of who receives them. Also, consider only giving copies to people who do not benefit from the will (your lawyer and your financial advisor, for example). When you do make a new will, alert the people with copies right away.